Anderson Silva vs. Chris Leben is an obvious pick, I know. The 49-second demolition from Ultimate Fight Night 5 has been anthologized in dozens of Internet lists — from “Worst Game Plans of All Time,” to “Most Spectacular UFC Debuts” — and kicked off the greatest win streak in UFC history. It’s a flawless victory, in the Mortal Kombat sense of the phrase.

Coincidentally, Silva vs. Leben synchronize perfectly to my favorite under-a-minute song of all time, “Wasted” by Black Flag, which is officially listed at 51 seconds, but includes about two seconds of dead air at the end.

The whole thing is fast, dumb, and violent, just like MMA at its best. And when Leben collapses to the mat at the end of the fight, as Keith Morris shrugs off the final line “I was wasted,” it’s such a perfect summary of Leben’s persona. He’s reckless, self-sabotaging, often intoxicated, always driving forward with no regard for the consequences. He’ll wake up the next morning with a massive headache, take a couple bong rips, and go skateboarding without a helmet, because fuck it, if it’s your time to go 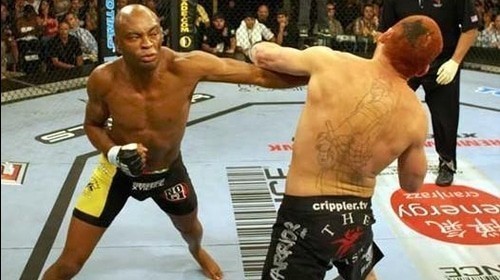 Honorable mention: Ronda Rousey vs. Alexis Davis, which is the “I Like Food” by the Descendents of MMA fights.

Before there was a Nashville brawl in Strikeforce on American national TV, there was a Chute Boxe vs. Hammer House brawl on Japanese national TV that featured some of the more compelling characters in the history of the sport. And as a shameless Pride mark, I feel it is my duty to focus on the bout that led to this insanity. Yes folks, I’m taking you back to early 2006 for the first fight between Mark Coleman and Mauricio “Shogun” Rua. Joint dislocations, bear-pawed refs, and angry Ninjas. Oh my.

The fight itself had everything you could want in 49 seconds. Shogun was still only 25 here and his knees weren’t at that Terry Funk level yet, so he was able to deal with Coleman’s old man strength by consistently looking for subs from the bottom and landing the odd punch to the grill. He almost finished the fight with a kneebar but the wrestler yanked his leg out and went for an immediate takedown. Because Rua was off-balance when Coleman shot in though, he posted his right arm in an awkward way and his elbow just popped out of the socket. Gnarly.

It wasn’t quite apparent what had gone down right away, but this was in Japan after all – there were 43 close-up replays that made the gruesomeness quite clear, including a ref cam. They had to wait to show them though because Coleman had completely lost his shit in the meantime.

After Mark swatted away the ref like a Japanese cicada, Shogun’s brother Murilo (known worldwide as Ninja, the lesser sibling that kisses his younger brother on the head a lot) jumped into the ring immediately to first check on his brother, then to scold Coleman for being a bro. Caveman Coleman wasn’t happy with that, and it led to reinforcements from both sides joining the festivities – The New York Badass Phil Baroni on the Hammer House side, Pride legend and current NSAC track star Wanderlei Silva on the Chute Boxe side. And they all brawled for about 30 seconds while the camera stayed on Shogun, who alternated between watching them fight and screaming in pain. Yeah.

Because Pride was awesome, they followed Coleman and Shogun around for a few minutes with a camera afterward. Shogun is in a lot of discomfort and swearing in Portuguese while Ninja just wants to cuddle with him. Coleman’s segment goes all the way from punching his dressing room wall to giving the ultimate meathead speech backstage before finally deciding to apologize to Chute Boxe. Suitably, the apology is hilarious – after Coleman says he’s sorry, it’s just Wanderlei yelling at everyone and Ninja looking derpy while Rampage Jackson yells “Who, me?” over and over again back at him. 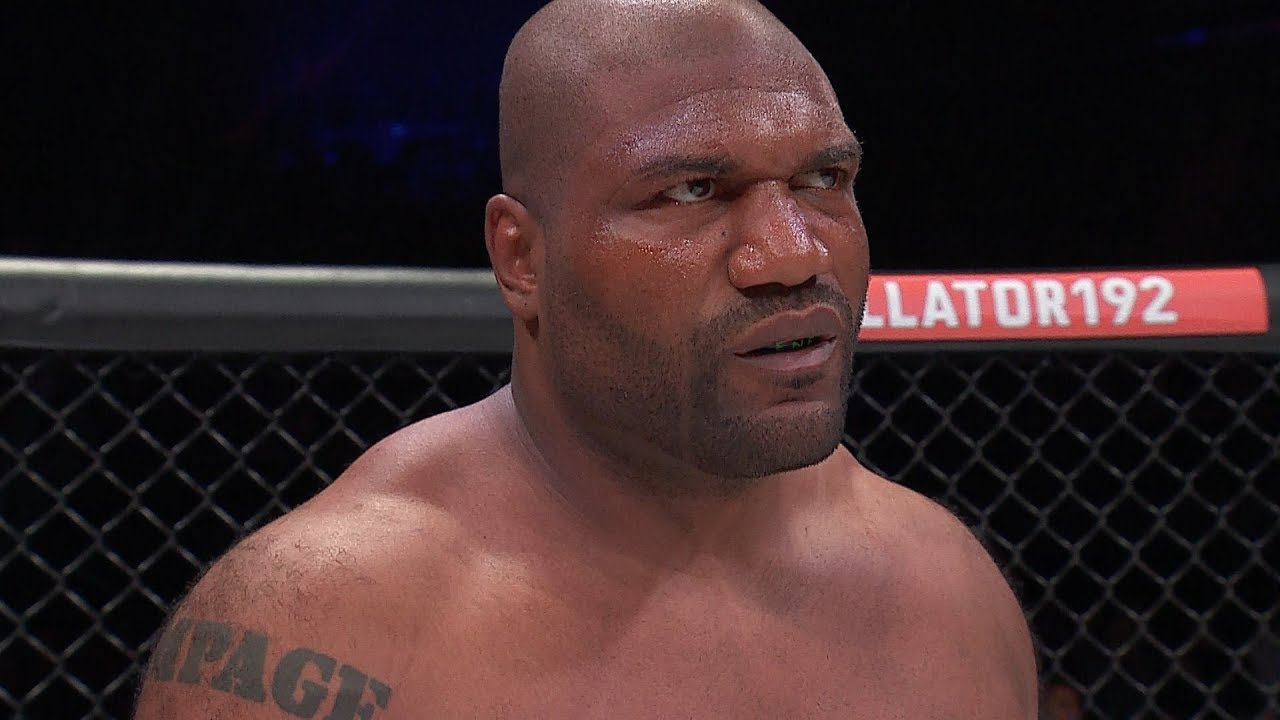 This was Pride FC at it’s goofiest, and just one of the many reasons I loved it so much.

Though I have sentimental feelings for UFC 2’s opening televised bout between Pat Smith and Scott Morris because it took my MMA-viewing virginity back in 1994, I would be doing a disservice to one of the sport’s more revered competitors if I chose a brawl from the human cockfighting era. Therefore, I have decided to gush over BJ Penn. The Prodigy was widely acknowledged as the first truly complete mixed martial artist and in lieu of his latest (and hopefully final) retirement announcement; his 11-second obliteration of Caol Uno at UFC 34 is at the top of my list.

I will be the first to admit that I was never the biggest Penn fan due to my creepy fanboyish love for Georges St. Pierre, but even I have to show respect for the skill and achievement that a very special few are able to exhibit. That being said, I am not here to ballwash Penn like FOX and the MLB did to Derek Jeter during the All-Star Game, but BJ was in rare form that night in 2001.

The fight started with Uno’s only offensive maneuver when he ran forward and threw a kick that would make Liu Kang proud. Penn, however, easily sidestepped it. A straight right/left hook/right uppercut combo from BJ put Uno on his back with his head propped up against the cage. From there Penn unloaded 4 brutal punches to Uno’s mug and the fight was over. BJ popped up, bowed to several directions of the crowd, then sprinted out of the cage and up the ramp where he disappeared. It was almost like Penn had the meter running on a cab that was parked in the alley behind the arena.

It took 32 seconds from the moment the bell sounded to start the round until the moment Penn made it backstage.

I thought long and hard about this topic, and I just couldn’t think of an answer. I had come up with a handful of candidates, but something about them didn’t feel right. I knew I was missing something. I was going to need to try a different approach. So like a young Ozymandias, I ventured out into the desert and swallowed and swallowed a small handful of hashish (approximately 6.7 grams).

I walked and walked searching for an answer. The hash wasn’t really kicking in and I was starting to get restless. When the hash finally did kick in, it hit me hard. My body started to produce a thick glossy sweat that almost looked like gelatin. A chill rolled up my spine and my stomach turned. I was starting to get sick, and I knew I was in for a long uncomfortable night.

After throwing up for what seemed like an eternity it seemed I was finally starting to gain clarity. It was like I suddenly had HD Glasses on. I looked out into the vast desert and there appeared two figures. One had a giant head of gold and an aura of invincibility. It was The Huntington Beach Badboy himself, Tito Ortiz. Across from him stood a dude who looked like an angry stepdad who hid his muscles under an unassuming polo shirt. It was a young, lean, Evan Tanner.

I watched as they felt the fight out on the feet for a brief moment before tying up. Tito managed to get a body lock and I knew the fight was already over. This was a prime Tito Ortiz, who likely had a broken spine at this point in his career, and he wasn’t going to let Tanner take his belt. Ortiz slammed Tanner so hard that he went unconscious. Before Tito could land a second punch Tanner’s spirit had ascended to the heavens. It was both terrifying and beautiful. Moments later I was vomiting uncontrollably again.

When I returned home later that evening I knew I had found what I was searching for and knew, the greatest MMA fight under one minute is most definitely Tito Ortiz vs. Evan Tanner at UFC 30. 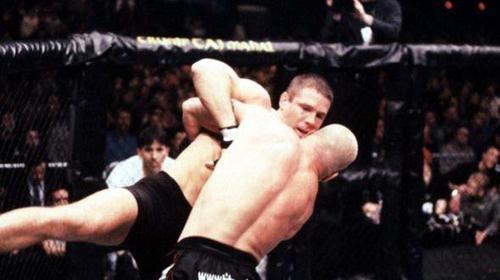 The greatness of Mark Kerr vs. Greg “Ranger” Stott at UFC 15 simply cannot be overstated, although I’ve tried my hardest to do just that in my tenure at CP. It is a 17-second window into what MMA was in the late 90′s — Japanese-level freakshow fights, made up fighting styles (R.I.P!!), and the Just Bleed guy. And beige swim trunks used as fighting shorts. My God, those beige swim trunks.

There’s a reason why nobody brings up a Fight of the Night earning preliminary scrap when discussing the greatest fights of the year, and that reason is because the greatest fights need to have something important behind them. A great one-minute brawl can go down at even the most obscure amateur MMA event, but the greatest one-minute fight has to have something on the line. My pick wasn’t for a world title, it wasn’t for a tournament championship, and it certainly didn’t cement the victor as one of the pound-for-pound greats. But Gerard Gordeau vs. Teila Tuli quite literally set the tone for the entire future of the UFC, in all of its bloodstained glory.

Through the hardened eyes of the modern MMA fan, Gordeau vs. Tuli isn’t much of a fight. It ended – many would argue prematurely – shortly after Gordeau landed his first (and only) kick. It was far from a technical masterpiece, but the thousands of viewers who paid for a tournament advertised as a ruthless bloodsport didn’t want it to be one. When Tuli’s tooth gets kicked into the third row, those viewers received everything that they were hoping the UFC would deliver. When the fight was called off seconds later, they booed mercilessly – not because they were frustrated by the fight, but because they wanted even more of it. Just like that, almost everybody watching the UFC was hooked on it. The rest, as they say, is history.

It’s hard to imagine how differently things would have played out for the UFC if Gordeau vs. Tuli was ten-minutes of circling, shoving, and jabbing culminating in a forfeit via exhaustion instead of a quick, decisive knockout. Would the UFC ever enter the World Fucking Domination era? For that matter, would it have even seen a second event if the audience stopped caring after a lackluster inaugural fight? It’s impossible to say for sure, but, as-is,one minute was more than enough time for the UFC to establish itself as the future of combat sports.

Gordeau vs. Tuli was everything we’d come to love about the UFC, well before we had any idea what to actually expect from it. Fights don’t get much greater than that.