MMA offers all kinds of painful penalties for celebrating early, and you’d think that everyone would have learned the lesson by now. Call it a jinx, call it karmic retribution, but those fighters tend to fall on their face, while the rest of us revel in their defeat. You shouldn’t have tempted fate, buddy. You should have stayed humble. You shouldn’t have jinxed the no-no.

If you’ve been following the UFC for a long time, you might remember a former lightweight champion by the name of Benson Henderson. Benson Henderson was known for edging out very close decision wins in title fights — the kind of fights that could have gone either way, but kept falling in his favor. He got a reputation as a point-fighter who never went in for the kill, who only took risks involving toothpicks.

Henderson put together three straight title defenses and was about to face his old WEC nemesis Anthony Pettis, when he decided to run his mouth off one day, claiming that he was going to break Anderson Silva’s record for consecutive title defenses sometime in the year 2016. Silva, of course, had put together 10 consecutive middleweight title defenses over the course of a 16-fight UFC win streak in 2006-2012. Henderson was saying that he would beat Pettis, then defend his belt seven more times in what is arguably the most talent-rich division in the UFC, using a fighting style that left every single outcome to the judges. 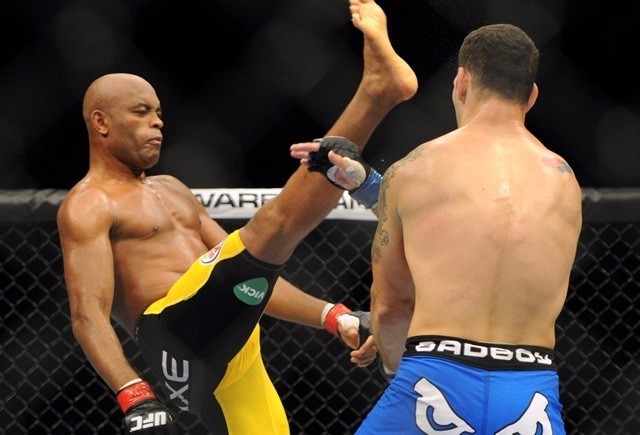 Why, oh why, couldn’t Henderson keep this prediction to himself? Didn’t he know what would happen? Couldn’t he see that he was already doomed?

Henderson walked out to the Octagon at UFC 164 wearing his gi, to remind everybody watching that he’s a BJJ black belt. Most likely, he had mentally prepared himself for another fast-paced five-rounder, in which he would slightly out-work Pettis in every round. Barring any last-round miracle kicks, he’d have this one in the bag.

There are any number of convenient knockouts or submissions in the annals of MMA history — someone says something disdainful or cocky, and then proceeds to eat crow by losing in some manner that parodies their previous braggadocio. It’s amusing, maybe even somewhat rewarding to see these unfold, but to be frank, there isn’t all that much to distinguish them.

However, there is one particular instance that transcends this relatively mundane context. In 1994, Keith Hackney entered the Octagon against a then-unknown fighter by the name of Joe Son, a practitioner of the aptly named “Joe Son Do.” What no one was aware of at the time was that Joe Son had raped a woman in 1990 in one of the most heinous ways imaginable. Eventually, after his UFC career and his 15 minutes of fame as Austin Powers’ “Random Task” had expired, he was caught and convicted on related charges in 2011.

But the universe was evidently unwilling to wait quite that long to dole out some retribution. Whether through cosmic coincidence, divine intervention or simply a moment of frustrated inspiration, Keith Hackney, locked in a front headlock and unable to extricate himself, decided to test the limits of the pre-Zuffa UFC’s “anything goes” policy. Clenching his fist, he proceeded to deliver blow upon righteous blow to Son’s testicles. They didn’t quite end the fight, but allowed Hackney to escape the headlock and lock in a choke of his own to finish the fight. And while justice didn’t fully catch up to Joe Son for another 17 years, this brief taste of karmic vengeance is still the most deserved comeuppance — whether people knew it at the time or not — in MMA history.

MMA is a sport for beasts — both inside the cage and out — it’s a sport for lions and dinosaurs and hippos. If you think many of the very real storylines in MMA have a happy ending, you haven’t been paying attention. That’s why when something in MMA does work out the way we believe that it should — as if Karma were a real thing dispensing justice inside the cage — it’s memorable and epic; it’s burned into the sport’s history.

One such of these moments, an instance where a fighter was on the receiving end of karmic justice, was UFC 162’s title fight between Anderson Silva and Chris Weidman. Anderson Silva deserved to become an unconscious, goofy-looking husk, and here’s why.

Silva frequently talks about “hespect” and many of his fans claim that the record-setting former champ is the living embodiment of budo. This is wrong on about 1,000 levels. Old-school Pride Anderson Silva might have sported respect for everyone, but it’s difficult to make that claim with a straight face about Silva from 2008 until now.

Think back to the awesome Pulp Fiction scene when Vincent and Jules were talking about how Antoine gave Marcellus Wallace’s wife a foot massage and got his ass thrown off a balcony, through a glass motha-fuckin’ house in response. Jules took the position that foot massages are no big deal and that Marcellus overreacted. Vincent, despite being a violent, anti-social dope-fiend, offered an amazingly coherent analysis of the situation, telling Jules, “I’m sure Antoine didn’t expect Marcellus to react the way he did, but he had to expect a reaction.”

That’s the whole game when it comes to action/reaction. A response is inevitable. The severity of the response is dependent on the individual doling it out, and includes a multitude of factors: basic retribution, hierarchical status, public humiliation aspect, psychopathic tendencies of the reactor, etc., etc.

When you kiss another man, in public, even in jest, a forceful response is to be expected. For one, he must reclaim his “manhood,” which by societal masculinity standards had been taken from him. It must be reclaimed at any cost. Then there’s the public humiliation factor. A violent response is the only reaction a reasonable person should expect. For the offender, this should be known. But that isn’t always the case.

This is exactly what happened on New Year’s Eve 2005 during a K-1 Dynamite event in Japan. Heath Herring was to face Yoshihiro Nakao. As the fighters made their way to the center of the ring for the staredown, Nakao apparently couldn’t resist Herring’s come-hither eyes and decided to give him a kiss. On the mouth. In front of 53,000 people. Well, evidently Herring was none too pleased with that act, so he delivered a short uppercut that dropped Nakao like a morning deuce. 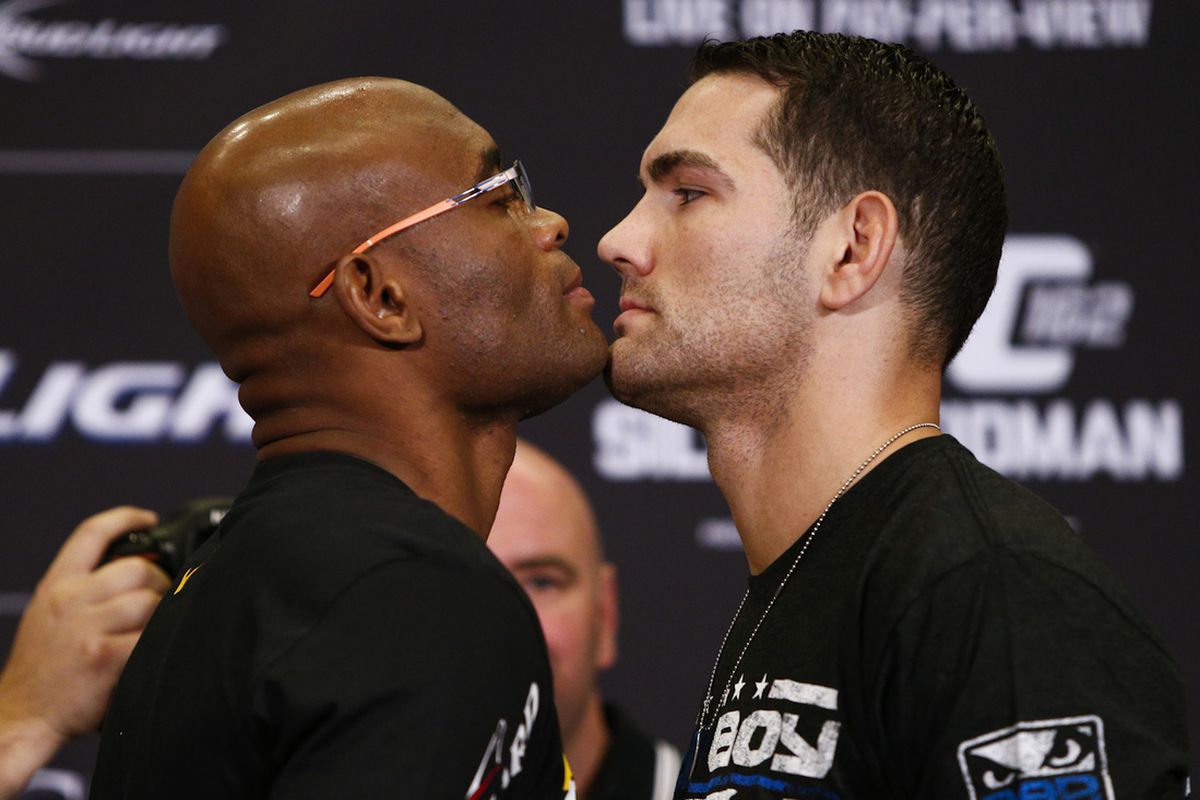 Some may feel that Herring’s response was unnecessarily harsh. But keep in mind, an uninvited kiss is a sexual crime in most areas. Not sure how they roll in Japan, but in Texas, where Heath is from, that’s an offense punishable by lynching when it comes from another man. Herring can even be heard repeating, “I’m not gay” in the video, as if in his mind the knockout alone wasn’t enough to reaffirm his heterosexuality. To many men, this is some serious shit.

Vincent’s sage commentary holds true in this instance as well. Nakao probably didn’t expect Herring to react the way he did, but he had to expect a reaction. It’s arguable what that expectation consisted of. Maybe he was just trying to mess with Herring’s head. Maybe he was just looking for a hot date for after the fight. Or maybe he just wanted to provide a memorable moment in an otherwise forgettable fighting career. Who the hell knows what he was thinking?

The bottom line is that if you plant an unwanted smooch on another man you’re in the wrong, unless he’s like totally dreamy, like Zach Morris or A.C. Slater — Zach if you prefer preppy blondes, Slater if dimples and Jheri curl is your thing. Regardless of your perverted sexual desires though, comeuppance is the only logical recourse. I know it. You know it. And Nakao should have better fuckin’ known better.

Both fighters were determined to have committed fouls and the fight was ruled a no-contest. Well, the fouls and the fact that minutes after Herring slugged Nakao he was still tits up on the mat, so the fight could not go on. See what happens when you kiss a 6’4″, 250-pound Texan? Comeuppance, baby. Heed this lesson should you ever feel the need to do some stupid shit like this.

The last thing that I want to do is be too hard on Dave Herman. He seems like a decent enough human being. But leaving Dave Herman out of a discussion about great comeuppances in the history of sports would be like leaving Brian Scalabrine out of a discussion about the greatest bench-warmers to ever live — it’s a move that would strip away whatever’s left of my credibility. And as a self-proclaimed hack journalist, I would certainly never want that.

Dave Herman — despite riding back-to-back knockout losses — was feeling pretty damn confident before his fight against Antonio Rodrigo Nogueira at UFC 153, and decided to talk a little smack. Okay, no harm, no foul just yet; like George said, that’s pretty common in MMA. Had Herman simply left his comments at “I’m going to beat Nogueira because he’s the world’s oldest thirty-something taking a fight on short notice despite getting his shoulder mangled by Frank Mir in his last outing,” there’s a chance that the gods of MMA may have blessed him with a victory. But instead of just targeting Big Nog, Herman decided that he’d rather piss on an entire system of martial arts, claiming that jiu-jitsu is useless and that it simply does not work against him. I’d write that his comments were Toney-esque, except that James Toney is genuinely ignorant about MMA, while Dave Herman had over twenty victories in the sport to his name before spewing his nonsense. The MMA gods were not amused.

Needless to say, UFC 153 saw Dave Herman get his ass kicked for two rounds before Big Nog — despite suffering from a broken rib — armbarred the man who claimed that jiu-jitsu didn’t work on him. But his comeuppance didn’t end there. Herman was given one final completely undeserved shot in the UFC against jiu-jitsu black belt Gabriel Gonzaga back at UFC 162, and was knocked out in less time than it took me to type this sentence. Herman immediately received his walking papers. While I have no idea what he’s been up to ever since [Author Note: Okay, maybe *one* idea], I do know that he has wisely decided to keep his opinions on other combat sports to himself.

Have an honorable mention that you’d like to nominate? Let us know in the comments section.