Here are some of the leading MMA & UFC betting sites:

William Hill remains one of the top bookmakers in the world. Its operations have been felt in many countries including the US where a tailored platform has been offered. The platform offers the following sections to the players; Sports and Racebook.

A new sports player will be welcomed with free bets worth $50 when they bet with $10 using the code ‘STAR50’. More than 10 different sports are on offer including UFC. The bookmaker has not offered many markets on the section with only prop bet option (Fight to go the Distance) allowed in most of them. However, with the in-play option available, there is an expectation that the markets will increase. A point to note is that William Hill has set the maximum winnings of any UFC bout at $250,000.

On the customer service section, the following are some of the methods provided to reach their services;

The services are available 24/7.

On a more positive note, all the services and products can be accessed through a mobile platform with no download needed. One can access using phone browsers or through tailored apps.

FanDuel is one of the top two leading DFS (Daily Fantasy Sports) providers in the world. The bookmaker has been convenient for many players from different states, especially with the fantasy section. FanDuel has been licensed in three states where players can play for real money. The states include New Jersey, Pennsylvania, and West Virginia.

FanDuel offers four major sections to the players which include; Fantasy, Sports, Casino, and Racebook. A new sports player will be welcomed with a risk-free bet of up to $500 when they lose their first sports bet on the platform.

FanDuel has offered 15 different sports games to the players including MMA where all the fights of the day have been listed. FanDuel has, however, offered one pre-game market which is the common Moneyline option. The odds have also not been convincing but with features such as live betting, players can hope for more markets to place bets on. Odds boost is another feature that offers an avenue of high payouts after boosting a market or an event. FanDuel has set different maximum payouts depending on the markets a player chooses. For a bet where a player chose a fight winner, the maximum payout stands at $50,000. For any other market, the maximum payout stands at $25,000

A player who wishes to place a bet on a bout will deposit and withdraw using the following methods; Visa/MasterCard, PayPal, ACH/E-Check, FanDuel Prepaid Card, Online Bank Transfer, PayNearMe, and Check.

Ways of contacting customer support for assistance or accessing some of their services include;

A mobile platform has also been launched with an application also rolled out to the players.

DraftKings is the other top DFS (Daily Fantasy Sports) provider alongside FanDuel. The bookmaker has not been in the online industry for long with its establishment date tracing back to August 2018. However, in a short span, DraftKings has commanded huge following thanks to the Fantasy section available to the players. DraftKings has been fully licensed and regulated by the New Jersey Division of Gaming Enforcement for New Jersey residents with West Virginia residents also having the sportsbook licensed and regulated by the West Virginia Lottery Commission.

Three sections have been offered which include; Fantasy, Sports, and Casino. New sports players on the platform are welcomed with a 20% bonus up to $500 on the first deposit made of a minimum $5. Additionally, the new player will also have their first sports bet matched up to $200.

The bookmaker has offered 16 different sports including MMA/UFC where a sizeable number of betting options have been offered. On the platform, players can choose ‘fight lines’ where they will pick between Moneyline, Total Rounds, and To Go the Distance. The other type offered is Round Betting where To Win Fight in Round market is offered. Finally, Winning Method has been offered where bettors can choose between the markets; To Win by Knockout, submission or DQ and To Win by Decision. Additionally, the live betting feature has also been provided and with that, more markets can be expected once a bout kicks off. DraftKings has set the maximum payout for this sport at $100,000.

For deposits and withdrawals, the following are some of the methods to expect; PayPal, ACH/E-Check, Cash at Cage, Check, Visa/MasterCard, and Bank Transfer.

The following are methods available to reach for customer support services;

The services are available 24/7.

BetMGM is the latest upgrade to what was previously known as PlayMGM. With the new name additional features including a new layout that has impressed most players have been brought on board. The platform comes out as one of the most rated platforms for its experience in the industry. BetMGM has been licensed and regulated in New Jersey.

The following are the sections offered on the platform; Sports, Casino, and Poker. New sports players on the platform are welcomed to a risk-free bet of up to $500 when the first sports bet of a minimum $10 ends up losing.

The sports section has seen 13 different sports offered including MMA where one type of bet (Fight Result) has been offered. However, with the live streaming feature provided, there is an expectation that depending on the game dynamics, different markets will pop-up and this requires a player to keep an eye on the proceedings of the bout. BetMGM has not specified the maximum payout on the sport.

On the banking front, the following are some of the payment options provided to the players; Visa/MasterCard, VIP Preferred E-Check, PayNearMe, PayPal, Play+, Skrill, Cash at Borgata Cage, Online Bank Transfer.

The methods laid out to reach for customer support services include;

For every section offered on the platform, there has been a tailored app that has further improved players’ convenience and accessibility levels. 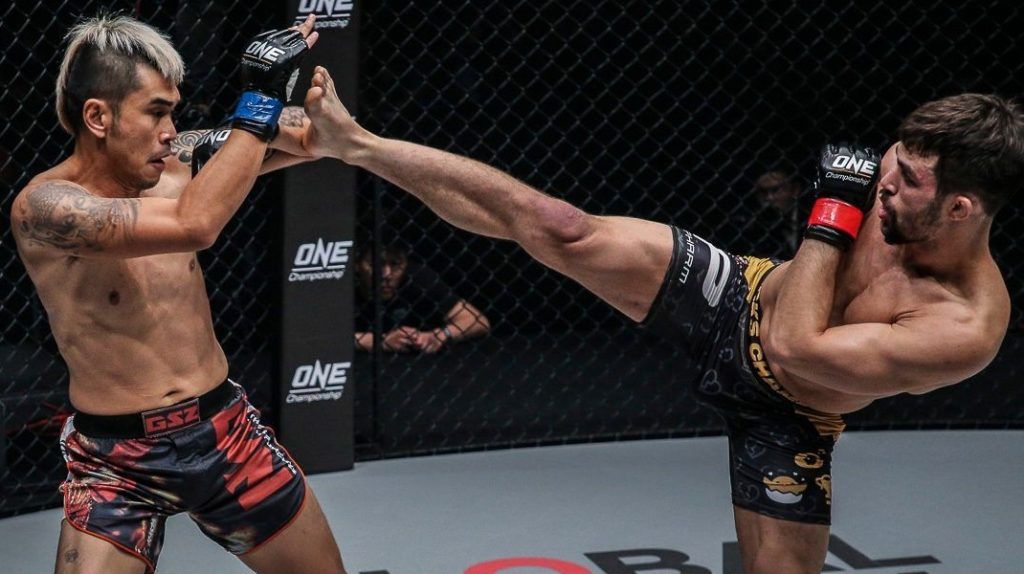 Mixed Martial Arts (MMA) has fast risen over the past years with more and more people attracted to the sport thanks to heavyweights such as Jon Jones, Khabib Nurmegomedov, Conor McGregor, Feder Emelianenko, and many more. With it comes the thrill, sweat, blood, tears, knockouts, violence, and so much more. This is ‘war’ on a ring. With new fans each day, there has been a problem distinguishing between MMA and UFC.

UFC traces its establishment in the US in 1993 and over time, the organization has organized various MMA fights that are normally held inside a cage with a metal fencing or a traditional ring. This is not to say the sport began in 1993. MMA roots can be traced from the Greeks in one of their popular combat sport known as Pankration where striking techniques and grappling were allowed. However, the world’s attention was attracted after the 90s debut with the years providing more and more fans.

To put it into perspective, UFC has put down over 400 different events this year that has attracted huge masses in stadiums with others glued on their screens all over the world. The sport has different classes depending on the weight of the fighters where about sees fighters from the same weight class pitted against one another. MMA, as the name suggests, involves a combination of different martial arts styles to try to get the better of an opponent. As opposed to some close sports like boxing where the fists are only used or in Judo where the judo techniques are purely used, MMA allows the combination of all the styles and this is what makes the sport exciting. However, there are rules and guidelines put down highlighting the attacks that are not allowed. This includes:

With the rise of technology, the fans have been able to catch up with the sport either through updates on their phones, streaming the events and with the passion for the sport growing, ways of making returns from the sport have been derived where players can predict a winner on a bout and go-ahead to win. Various betting sites have incorporated the sport making it readily accessible to the fans. But how do the fans know they have won once they have placed a bet?

How a win is recorded

An MMA match will be won on the following instances;

With the knowledge of the various winning ways, players will be attracted to a website that offers several betting options. Every sport has different betting options that depict more avenues of winning to players. Some of the sites offering MMA will only offer the basic win/loss bets but to others, several betting types will be available to the players including;

Factors to consider while choosing a betting site

Betting options play a major role while looking for a good betting site. However, more aspects need to be considered while choosing a betting site. They include;

With many platforms coming up, bettors would love a genuine and trustworthy platform. This would involve looking out for platforms that have been licensed and regulated by various regulatory bodies such as the New Jersey Division of Gaming Enforcement. Players would also want maximum security offered to their information including any documentation sent in. Features such as SSL technology and strong authentication would be greatly appreciated.

Bonuses have for long attracted many players and with UFC/MMA falling on the sports section, players would wish to have a platform that offers high-value bonuses from the promotions.

It goes without saying. Odds draw a picture of what to expect from a platform in terms of payouts. Every player would want high payouts which would be made possible by the site having small betting margins. Additionally, with various betting types and markets, players can expect sizeable returns. Finally, a platform with an in-play feature greatly helps in ensuring players get paid at the highest odds as they play the live games.

A platform boasting of many convenient and fast payment options will have a competitive edge over those sites without. We do advise you to use Paypal as it's the most secured payment method online so far. It's also a fully legal betting method in the US.

Players want a platform that attends to their issues fast enough and effectively. In this regard, a good platform will boast of several customer support options and in many cases, the support team will be available 24/7.

Other aspects to look for in an MMA betting site will include a mobile platform and so on.

Overview of the top MMA betting sites in the US

This ranking of the best MMA sportsbooks is subjective and is fully independent. This is not a sponsored article/review. The views expressed are unbiased.