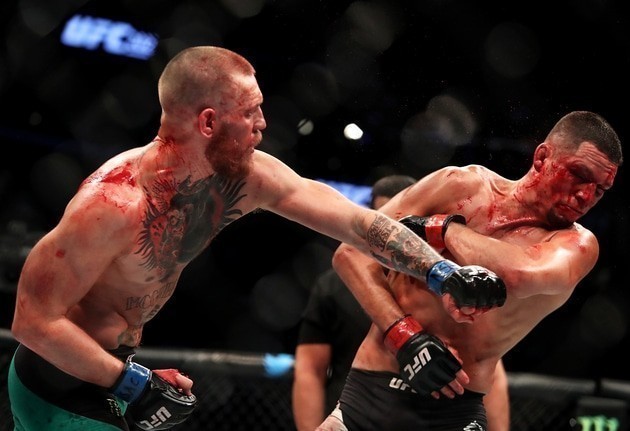 MMA remains one of the fast-rising sport in the past years. For people who have followed on the fight bouts, MMA presents a perfect platform where fans get to see sweat, techniques, skills, blood, and passion of the sport from the fighters. The sport has been present in the US since 1993 and with UFC organizing the bouts, there has been much success over the years thanks to popular figures in the sport. Names like Brock Lesnar, Conor McGregor have been made from the ‘Octagon’.

Up until this year, more than 430 events have been held in many countries with many fighters from all genders participating. What makes the sport famous? As opposed to sports like boxing, karate, judo, and more which majorly depend on one discipline, MMA (Mixed Martial Arts), as the name suggests, is a combat sport that combines many arts including wrestling, Muay Thai, Brazilian Jiu-Jitsu, karate, judo, and more.

But with the sport gaining traction, there is still difficulty in getting the difference between MMA and UFC. Well, the difference is quite easy. MMA is the sport under which all the combined techniques are undertaken. On the other hand, the UFC is the organization that promotes the sport. Like certain football leagues organize football, the UFC plays that role.

The sport has seen a surge in fan base with many fans all over the world keeping in touch with the events and with the growth of technology and gaming, the sport has also been commercialized where the fans can not only enjoy the bouts but can also make profits from the bouts after correctly predicting the winners. Many top bookmakers in the world have incorporated the sport. Bookmakers such as William Hill and Pinnacle among others have led the way in this. What makes them stand out?

After identifying the suitable bookmaker, a player has to check the bookmaker that offers the best betting options for MMA. The following are some of the bet types to expect in the sport;

This has to go down as one of the most popular bet types you will find in all bookmakers that offer MMA. The trick in here is just choosing the outright winner. In many instances, there will be a favorite and an underdog. This bet type is not as profitable especially with the odds of the favorite being at the lowest. But when an underdog crops a surprise and a player had backed him/her, the returns should be at the highest. Unlike many sports where ‘draws’ are treated as an option, in this type of bet, a draw will have your money refunded. Only a win will give you returns.

For this option, a player will have the option of predicting if the number of rounds specified by the bookmaker will be attainable or not. For instance, an option Over/Under 2.5 will mean that if you opted for under 2.5, the bout should not go to round 3. The bout should be finished somewhere between the first round and the second round. When a player opts for over 2.5, it means that the bout should have 3 rounds or more. Remember, a normal bout should be a maximum of 3 rounds each at 5 minutes. A championship bout, on the other hand, should be a maximum of 5 rounds each at 5 minutes.

This involves betting on likely occurrences during the bout. This has nothing to do with the winner of the bout. It may range from Fight of the Night, Submission of the Night, Point Handicap, Fight to go to Distance.

Arguably the riskier betting option. However, with the high risk, comes the highest odds which in turn depict huge returns. On this option, a player gets to choose the round the fight will finish. Still, on this type, there are further markets offered to improve the odds further. The markets might include a combination of the round and time of finish.

Once you have identified the platform with the various betting options, the next thing is to check the odds. How are they presented? Are they competitive? What about the betting markets? For best odds, a comparison of them with the stock market will help solve the equation. Remember, the riskier the bet, the more the payout.

The odds will be presented in the following formats;

In this format, a player will be shown the ratio of the profit to win from the stake placed. The first number is the amount to win when you place the bet amount on the second number. For example, a player pitted at odds of 10/15, it means for $150 wagered, a player will get a profit of $100 and in total will have the profit and stake returned hence the whole return will be $250.

They are presented with a positive (+) sign or a negative (-) sign and in simple terms, a positive sign depicts the profit to win after a $100 wager while a negative sign depicts the required stake to win a profit of $100. The underdogs will have a positive sign and with the knowledge that the high the value, the better chance of winning, it means that an underdog with odds of +250 stands a higher chance than an underdog presented with +550.

Most of the bookmakers, however, will offer an option to choose the formats of your preference.

The 2019 MMA started on January 19th at Barclays Center, Brooklyn and with the schedule divided into four quarters, we are currently in the fourth schedule that will end on December 21st at Sajik Arena, Busan. Some of the top fights during the quarters included;

The fight was held on February 9th at Rod Laver Arena, Melbourne and the following bookmakers provided the odds for the game. The platforms (in order of presentation) were;

The Moneyline odds were presented as follows;

Note: The odds in ‘bold’ signify the winning bookmaker in the option/market

In the above fight, they offered several betting options which meant the avenues of high odds and bigger payouts were available. In the prop section, Caesars offered the biggest odds with the operator still dominating in Moneyline option placing an Adesanya win at odds of (2/11) and a Silva win at (4/1)

The betting options provided in this fight included;

The following are the betting options as of the bookmakers;

The other standout fight from the past quarters was;

The fight was on March 2nd at the T-Mobile Arena, Las Vegas. The bookmakers provided odds as follows;

On this fight, the best Moneyline odds were presented by William Hill for Garbrandt at (8/13) and by Caesars for Munhoz at (7/5)

The following were the options and markets offered on this bout;

The following are the betting options as of the bookmakers;