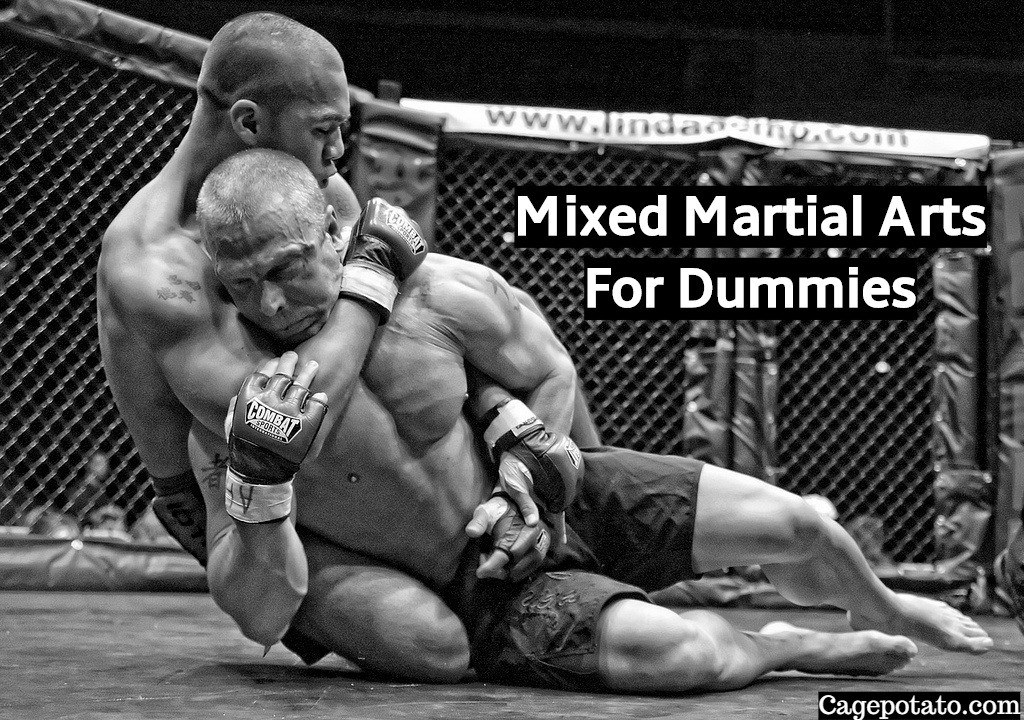 When the names Conor McGregor, George St. Pierre, Jon Jones, Chuck Liddell, Brock Lesnar, Khabib Nurmagomedov, among others are mentioned, only one thing comes in mind, MMA (Mixed Martial Arts) greatest fighters. MMA traces its origin in the Greek where a similar sport called Pankration was played. In the sport, grappling and techniques such as striking were all allowed. It did not gain the required traction until the early 90s, precisely 1993 when the first event was held on US soil. The main purpose of the early events was to identify the effective martial art from the players who were fighting on various disciplines such as wrestling, karate, judo, and more.

Over time, the fighters went on from playing one discipline to adopting other disciplines which were an early indication of to be Mixed Martial Arts. A company that was earlier owned by Zuffa, 2016 saw the company under which MMA operates sold to a William Morris Endeavor-led group for a whopping $4.0125 billion.

MMA has fast risen to be a popular sport all over the world with many fighters being signed up and many fans all over the world catching up with the events such as UFC Pay-Per-View, UFC Fight Night, UFC Fight Pass, and The Ultimate Fighter series which is tailored for up-and-coming fighters looking up for a six-figure UFC contract. In 2012, Dana White, the UFC president, announced that women fighters would also be incorporated in the sport after making the first signing of Ronda Rousey.

Difference between UFC and MMA

With its popularity surging with each passing day, there is still some difficulty with some people differentiating MMA and the UFC. MMA is the sport that is played by the likes of Khabib while the UFC is the company/organization that promotes and organizes MMA. Just like Cristiano Ronaldo plays football in the League Serie A. Ronaldo does not play Serie A. He plays football which in our case represents MMA while the company/organization that organizes and promotes the football he plays is Serie A in our case now is the UFC. It’s that simple.

Up until today, more than 420 events have been hosted by UFC in more than 15 countries. But how is the sport played?

The sport is played in a trademark eight-sided enclosure popularly known as ‘The Octagon’ which is formed in a shape of a cage with a metal chain-link fencing and a mat with sponsorship logos and arts all changing up depending on the event being hosted. 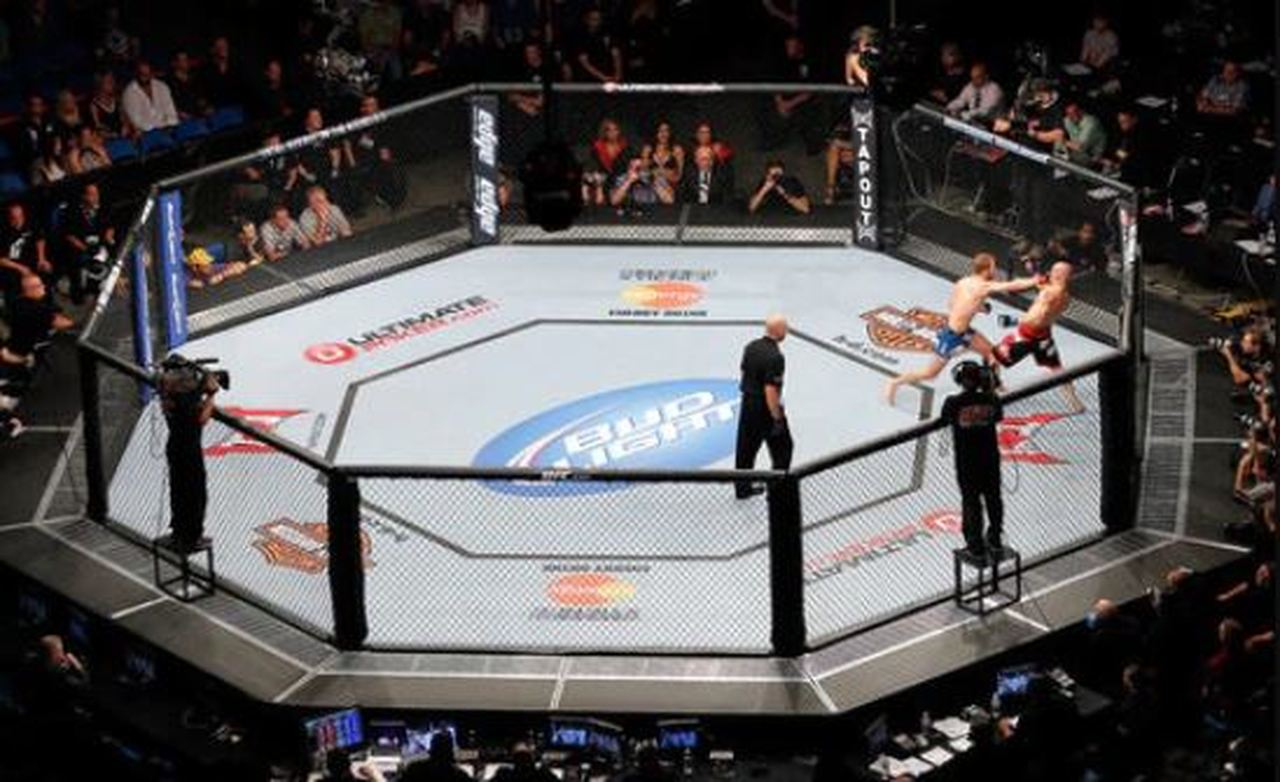 Here are the details of the octagon;

All the fighters signed in the UFC will have their classes where weight separates them. The following are the divisions provided;

On the divisions provided, the women fighters are allowed on the following; Strawweight, Flyweight, Bantamweight, and Featherweight. No men fighters are on the division Strawweight. For title fights, fighters must be in the same division bracket. From the Unified Rules of MMA, there are other weight classes provided although they are currently not in use. They include; Super Lightweight, Super Welterweight, Super Middleweight, Cruiserweight, and Super Heavyweight.

How do the fighters dress?

During the fight, many styles, as earlier mentioned, are involved and the following are the styles, techniques allowed in MMA.

With all those styles allowed, MMA has set rules on some of the styles not allowed in the sport and they include;

With a fighter well-conversant with the rules regarding the attires to use while fighting, styles allowed to get the better of an opponent and styles not allowed in MMA, the next section has to be ways of winning.

What are the various winning instances?

With the sport’s popularity growing and the rise of gaming, the sport has found itself in several bookmakers where fans can not only enjoy the bouts but also make money out of the bouts. On an upcoming bout, fans can log into their accounts on bookmakers such as FanDuel, William Hill, DraftKings, BetMGM, and more and place bets on various markets provided.

Some of the betting options fans can expect to find include;

After familiarizing with the betting options, it is only fair for new and existing bettors to get to understand various tips on making returns from the sport. The following are some of the betting tips and strategies to follow;

Several elements make a UFC fighter among the successful ones. The elements include; knockout power, ground control, agile footwork, take-down technique and defense, submissions executions and defense, effective striking, ground and pound capacity. By studying his/her opponent and past fights, you can see where the fighter you backed stands.

It is always common that bettors back the favorites but it is advisable to look at the underdog. Some crop up surprises especially due to the pressure not being on their side. Some up-and-coming fighters also may pose a threat. Never incline on favorites only.

The winning or losing streak of a fighter will also play a major role in making a potential winning bet. This is not to say that the one on the losing streak is automatically losing, factors like the turning point of the form should be considered and the head-to-head standings of the fighters in the bout.

Just like a school is judged from the results and the students it produces, a training camp will highly give you a sense of style, strengths among other details of the fighter drawing assumptions from the past fighters produced in the camp.

This is another crucial tip. With age, some positives can be derived such as much needed experience but on the flipside, the fighter might not perform to his peak especially when the game gets to higher rounds. This is a section that bettors should keep an eye on.

A fighter with an injury record may not be as sharp as compared to the other fighter. It means that he/she has taken some time off, the rhythm has not been the best among other factors.

However, while betting, bettors are advised to bet what they can lose and to always bet responsibly.